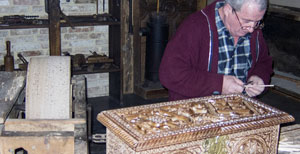 Day of the Living Museum

With different artisants showing their skills in different sections of the museum. 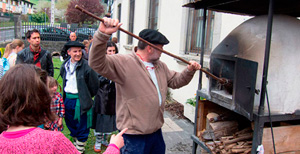 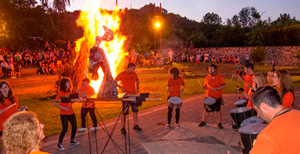 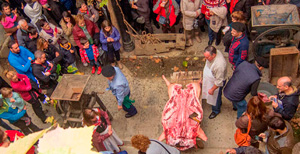 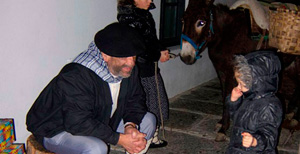 “Kalejira” (parade) through the historical center and final party in Goiko Plaza. The weekend before the Olentzero (Christmas Charcoal maker) receives letters from children at the Museum. 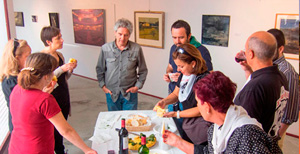 Later the works presented are shown in our facilities. 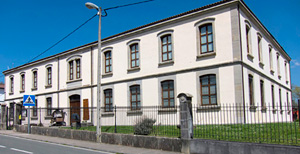 Artziniega traditional festivals in honor of the Virgen de la Encina organized by gangs of youths and municipal associations with the funding of the City. 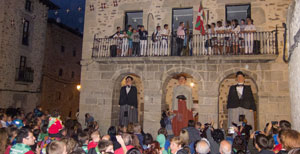 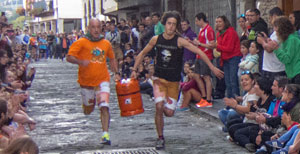 More than 20 years ago Goma Bi gang organized the first Gas cylinders ace. The competition is to go as fast as possible the cobbled street in pairs carrying a bottle. It is an activity that brings a lot of public.

Popular pic-nic in front of the Sanctuary

On the occasion of the coronation of the Virgen de la Encina in 1954, it was celebrated with a big party that attracted people from different places. To commemorate that date was born the popular pic-nic on the Oak “Campa”, where much of Artziniega people up to eat in a festive atmosphere. In the afternoon, after the Salve in the Sanctuary is lowered to the people singing and dancing to the brass band. When the procession reaches the first houses, people crowd under the windows to get wet with water that is released from them. 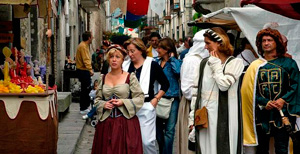 Celebrated since 1998, 5th centenary of the Sanctuary.Considered one of the best markets of old acclimated in Euskal Herria, it has a large participation of residents dressed in the old style.